HOW TO USE TWITTER: CRITICAL TIPS FOR NEW USERS! 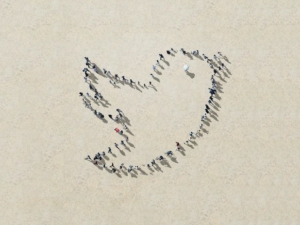 SO YOU WANNA?tweet? Great?you’re gonna (mostly) love it. Everyone from?the President?to?Malala?is tweeting it up these days, but it may take some getting used to if you’re a new kid on the block.

Tweets can contain links, photos, GIFs, or videos. But if you’re tweeting text, you’re limited to 280 characters. It used to be 140, which was even more stifling, but once you get used to it you’ll learn to love the brevity. It helps make your tweets pithy, and there’s much less rambling you have to read when scanning other tweets.

Before you start firing off tweets, it might help to know a little about the mechanics.

Step 1:?All tweets are a maximum of 280 characters. While that might seem too short to say anything substantive, it’s not. It might mean having to tweet multiple times to make a complex point (in the Twittersphere, we call that a thread), but boiling down your thoughts to a couple of lines really just makes your statement stronger, faster to read, and more shareable.

Step 2:?Speaking of a Twitter thread, if you have more than 280 characters to say about a subject they are easy to make. Just type your first tweet using the “Tweet” button, and hit the + button on the bottom right. This will string together a series of tweets where you can make a larger point.

Step 5:?Hashtags are best used for adding to a larger conversation, and the most popular ones show up on the left side of the “Home” tab. Hashtags are clickable, too, so you can tap on a hashtag to see all the tweets related to that topic.

The more you browse Twitter and find people whose tweets you think are smart or funny, the more you’ll see some shorthand lingo flying around. Here’s what’s what.

An @, or a mention, is when you include somebody’s @twittername in the tweet. The person will be alerted that you mentioned them. Use it to send a public “hey, over here,” or to add somebody on a conversation that’s currently happening.

RT means “retweet.” When you retweet someone, you can either just repost their tweet by itself, or you can add your own commentary. If you do that, when you post your tweet, the tweet you’re commenting on will appear just below your comment.